No more shows...but will try and post places/events where the bike may be in case you want to see it in person.

Abbey Road on the River - September 2011 - A music festival coming to Washington DC for it's second year...check out www.abbeyroadontheriver.com   Features 50 bands on 4 stages playing the entire Beatles catelog as well as covering their solo careers.  Being held over Labor Day weekend at the Gaylord Hotel and convention center and the National Harbor.

It's also held in Louisville, KY over the Memorial Day weekend.  Check-out www.abbeyroadontheriver.com

2009 Timonium Motorcycle Show - People's Choice Award and 1st Place - Dyna Mild Custom.  Thanks to the 45,000 people who came to the event and everyone who voted!

Here's a link to the Mike O'Meara Show's WJFK HOG FEST 2008 Event....where the bike won Best in Show...(aout 3 miutes and 30 seconds into the recording) 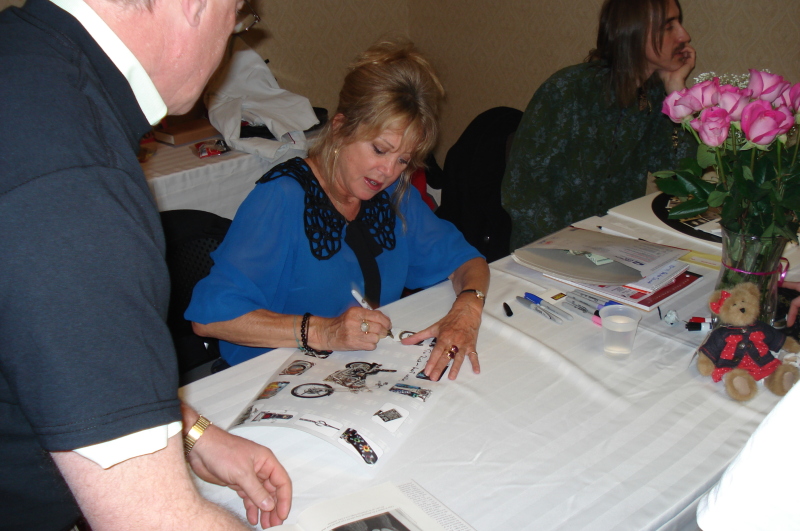 Pattie Boyd, the inspiration behind 3 classic hits (Something - George Harrison and Layla & Wonderful Tonight - Eric Clapton) at BeatleFest 2008 in NJ. Louise Harrison, George's only sister, and creator of the Liverpool Legends (a Beatles tribute band - covering the entire '64 - '70 era in costume), signs a picture of the bike.

The BeaFore at Abbey Road on the River at Abbey Road on the River in Louisville, KY in 2009

Others who have seen pictures and provided their autographs include:

http://www.whatgoeson.com Check out this site for the latest on Beatle news and events